El Cardenal restaurant was founded in 1969 in the building which housed the Royal and Pontific University of America, located at the corner of Moneda and Seminario streets. Its founders were Mrs. Olivia Garizurieta and Mr. Jesús Briz, who married and parented seven children that from an early age added to the effort of creating a family patrimony.

Actually the general objectives were quite modest; at first, it was a matter of trying to face how to support the family. Nevertheless, within this need and as things moved on other principles rose which determined the way: it was paramount that things got to be done well and for this we had to make it our trade. Everyday doings were transformed into a permanent challenge and reflection.

In 1984, El Cardenal opened its doors in Palma Street, in a French style building that in the XX century had become office of the “Amacuzac” Electrical Service Company. This last setting implied an important internal transformation of the building, for which its restoration  required a lot of meticulous work.

The inauguration of this new venue constituted a great relief for the restaurant because its space and facilities gave an operative opportunity to diversify and broaden the supply of dishes, following the same production line of the specialty: Mexican popular cuisine. Furthermore, the importance and sobriety of the building inspired the retrieval of many of our traditional dishes.

In this new space, it was also possible to concentrate the restaurant’s strengths on its processes in order to guarantee our dishes’ excellence and contribute to the preservation of the main techniques of Mexican cuisine elaboration, a responsibility that now has been handed down to the restaurant industry, as modernization and the growing need for feminine paid labor has concentrated in them this cultural function. Nowadays cooking is done less in homes as it traditionally occurred before the coming of an industrialized society. Considering this, the restaurant has developed the process of tortilla making from the use of nixtamal; the same has happened with bread and chocolate, that along with the nata (film) made from fresh milk constitute our traditional breakfast service.

In 1992 the original restaurant, on 2 Moneda Street, had to close its doors to allow for the building’s restoration. This place had been a property formerly owned by the federal government and handed over to the UNAM (National Autonomous University of Mexico). Then, after almost two years of concentrating all efforts in the Palma Street venue, the opportunity of relocating Moneda’s El Cardenal  in San Ildelfonso Street came up, just in front of San Ildefonso College, which in turn had just been restored to transform the former National Highschool into a museum. Unfortunately, this restaurant had to close its doors in 2003 due to the difficult accessibility the area represented.

Since October 2003, and motivated by the challenge of reaching a synthesis of the accumulated experience in our trade and to service our clientele, we opened a new venue within the Sheraton Historic Center Hotel  (currently Mexico City Reforma Hilton), not too far from our origins, in our beloved downtown quarter. This venue placed us in an area that is easily accessed from other points in the city, but above all it paved the way to expanding and enhancing our processes.

In this way, and convinced that we could go a step further we took up the task of opening a new restaurant in Lomas of Chapultepec, where we face the challenge of keeping the quality of our dishes while remaining loyal to the traditional techniques of Mexican cuisine elaboration.

In 2011 we opened our fourth location in the San Ángel district, south of Mexico City. Here we want to show our job in the clearest way through an open kitchen, within a comfortable and spacious setting, willing to continue making our visitors feel at home. 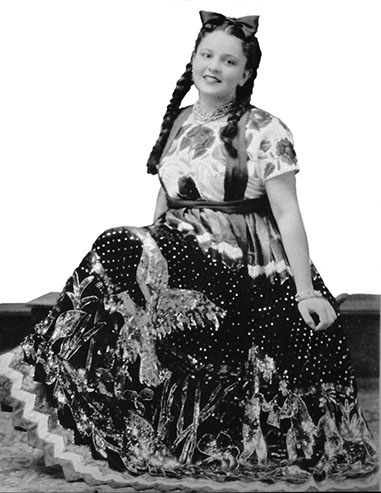